Myeloproliferative neoplasms (MPNs) are characterized by clonal expansion of abnormal hematopoietic stem cells, which involves quantitative and qualitative changes that switch these cells from a resting to a procoagulant phenotype. MPNs usually get worse over time because of the increasing number of cells that build up in the blood and bone marrow. MPNs may develop into acute myeloid leukemia, chronic myelogenous leukemia (CML), polycythemia vera, primary myelofibrosis, essential thrombocythemia, chronic neutrophilic leukemia, and chronic eosinophilic leukemia. CML can lead to thrombotic and hemorrhagic complications and can transform into myelofibrosis and acute leukemia [1].

Mutations in JAK2, MPL, and CALR are phenotypic driver mutations; the mutated gene expression in cell lines causes cytokine independent or hypersensitive growth, which also occurs in primary cells from MPN patients. At diagnosis, the clinical phenotype varies according to the JAK2, MPL, and CALR mutations, influencing clinical outcomes and the probability of thrombosis. MPN patients with JAK2 and MPL mutations have a higher risk of thrombosis and a worse prognosis than patients with CALR mutations; CALR type I mutations correspond to a better prognosis than CALR type II mutations. In addition, other mutations in epigenetic genes, such as TET2, DNMT3A, IDH1/2, EZH2, and ASXL have been found to be associated with the progression of these neoplasms [2]. 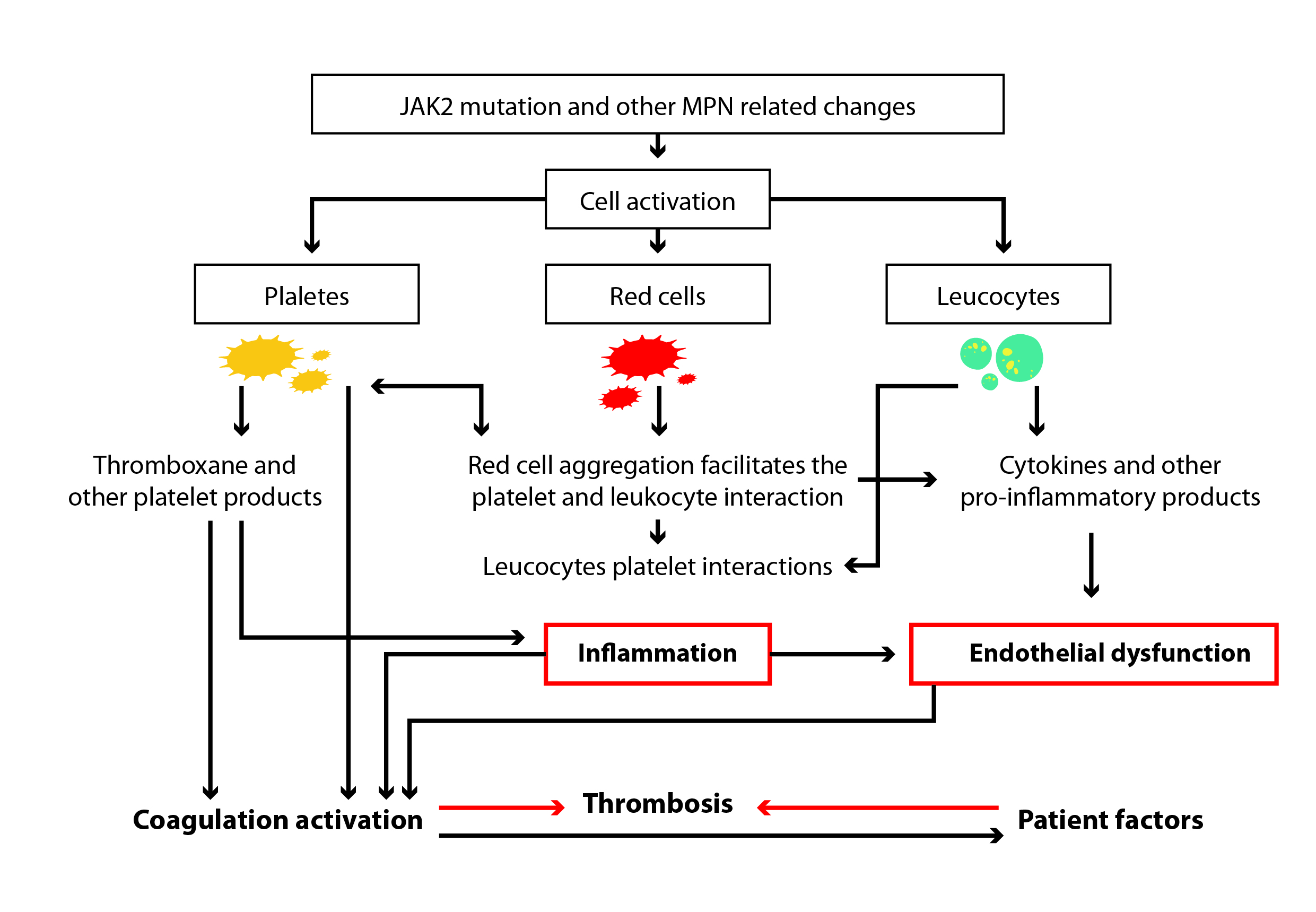 Figure 1: Mechanisms that, in myeloproliferative neoplasms, can increase the thrombotic risk through cell activation and inflammation [2].

MPN-associated thrombosis can happen both in the venous and arterial systems, but particularly in the cerebral venous, portal vein, mesenteric and splanchnic vein. If one of these symptoms present without obvious local pathology, molecular abnormalities associated with MPN should be investigated. Some patients develop thrombosis, particularly splanchnic vein thrombosis, associated with the JAK2 mutation but with a completely normal full blood count. Isolated JAK2 mutations occur in approximately 0.1–0.2% of the general population, and a myeloproliferative phenotype can develop in individuals bearing this allele over 4 or 5 years. Patients presenting with thrombosis at more usual sites, such as deep vein thrombosis and pulmonary embolism or arterial thrombosis, should be investigated for an underlying MPN if they have elevated hemoglobin or hematocrit (hemoglobin >165 g/L in men and >160 g/L in women, or hematocrit >0.49 in men and >0.48 in women) or a platelet count >450 × 109/L, as defined by the revised 2016 World Health Organization (WHO) criteria [4].

Treatment for MPN depends on the type of the neoplasm. Tyrosine kinase inhibitors (TKIs), which target the Abl kinase domain, are the mainstay of the management of CML. However, three of the five BCR-ABL TKIs (dasatinib, nilotinib and ponatinib) increase the risk of developing arterial thrombosis. A recent study explored the mechanisms by which nilotinib and ponatinib promote acute and chronic thrombo-occlusion and the potential role of calcium channel blockade in facilitating these events. The results suggest that ponatinib induces a prothrombotic and proinflammatory phenotype in chronically treated CML patients and in acute C57BL/6 mice models. The thrombo-inflammatory phenotype induced by the TKIs ponatinib and nilotinib can be reversed with a calcium channel blocker, diltiazem, supporting the idea that ponatinib and nilotinib may exert a calcium influx effect contributing to endothelial/platelet activation and dysregulation.

As previously mentioned, platelets play a key role in arterial thrombotic events; the study showed that ponatinib activates endothelium and platelets in vitro, ex vivo, and in vivo. In addition, it potentiates platelet adhesion and thrombus formation in human and murine models. This prothrombotic effect was not observed with imatinib and dasatinib, which inhibited thrombus growth and stability over time. Furthermore, in an ex-vivo murine model, ponatinib exposure caused increased levels of pro-inflammatory markers (TNF-α, IFN-γ, and IL-6) and of soluble platelet selectin, a known marker of platelet and endothelium activation, predominantly derived from platelets. It seems that ponatinib and nilotinib TKIs modulate the release of arachidonic acid from membrane phospholipids and the synthesis and release of the vasoconstrictor TxA2 that is regulated by the movement of calcium ions. Plasma TxB2 levels were significantly increased in ponatinib- and nilotinib-treated CML patients but not in imatinib–dasatinib-treated or healthy controls.

MicroRNA and role in cancer-associated thrombosis

Interplay between the hematologic system and solid tumor progression